I’ve kept my feelings, thoughts, and fears to myself for the first 19 weeks of this pregnancy.  But I realized that it’s just too hard to keep them in at times.  I was excited about being pregnant for about 24 hours…and then the anxiety and stomach-clenching fear kicked in.  And no, it’s not because I watched a dramatic episode of A Baby Story or a Lifetime movie.  It’s because I survived my first pregnancy.  That’s right.  SURVIVED.  And not in the sleepless nights, poopy diaper, non-stop crying newborn type of survival.  The type of survival that involved life-threatening conditions for both me and my first-born son.  It never occurred to me that I would have to think of pregnancy and survival.  In fact, I didn’t think of it with my first pregnancy (Jack), until I distinctly heard, “It’s possibly we may not be able to save them both.”  So yeah, I’m trying to remain positive, because that’s what I’m “supposed” to do.  But it’s hard…for this very pregnancy, that we are so blessed to experience, is also the very thing that could threaten my life or that of our second-born.  I think the problem stems from statistics.  Before Jack, I heard statistics concerning many pregnancy-related issues, but the numbers were so low…they couldn’t happen to me.  Until it did happen.  Preeclampsia happened.  Prematurity happened (and is still happening).  So, yeah, positivity is tough.  But I work on it every day.  When I feel what might be the first movements of Baby Lesoine.  Or when we talk about baby names.  And especially when I think of Jack having a sibling.  I also choose to be realistic.  Because being realistic is SO much better handled than having your world rocked by preeclampsia and prematurity.
So here is what I feel safe sharing:

Please know that I’m happy to be a mom of two in a few months.  It’s a cautious kind of happy, but happy nonetheless.  I’m glad to talk about all things related to parenthood and pregnancy.  But, please don’t diminish my completely valid fears and concerns.  That’s not too much to ask, right?  I hope, if you ever need the same, I can do this for you (no matter the situation). 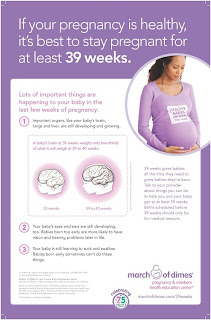